This uses a very high input impedance audio amplifier to feed a Band II FM modulator. With a 1m telescopic whip connected to the audio input, lightening strikes are readily heard. Dependant on propagation, these strikes can sound very interesting. Much work has been done by Stephen McGreevy, and the circuit below derives from his BB4 design. 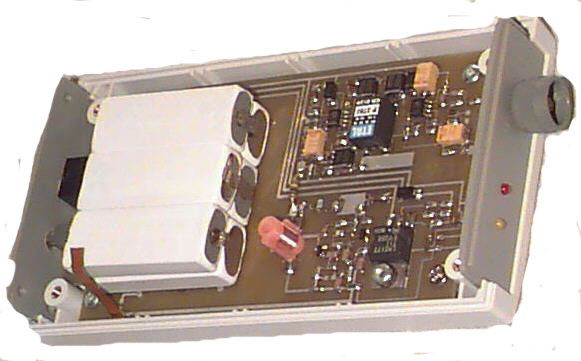 As can be seen, surface mount devices have been used (they are easier to use than leaded!), but leaded versions of all components are easy enough to obtain. Either way, Farnell can supply everything, including the un-etched pcb material. The audio choke uses one winding of an ETAL line transformer.

An FM modulator was added to the design because it solved a lot of the feedback problems that seemed to exist when all the gain required to drive head phones was employed. This feedback was partly due to insufficient supply line decoupling, but also due to direct pickup of the head phone output by the telescopic whip antenna. Tuning the oscillator to 87.9MHz puts it out of the way of all national broadcasters in the UK.