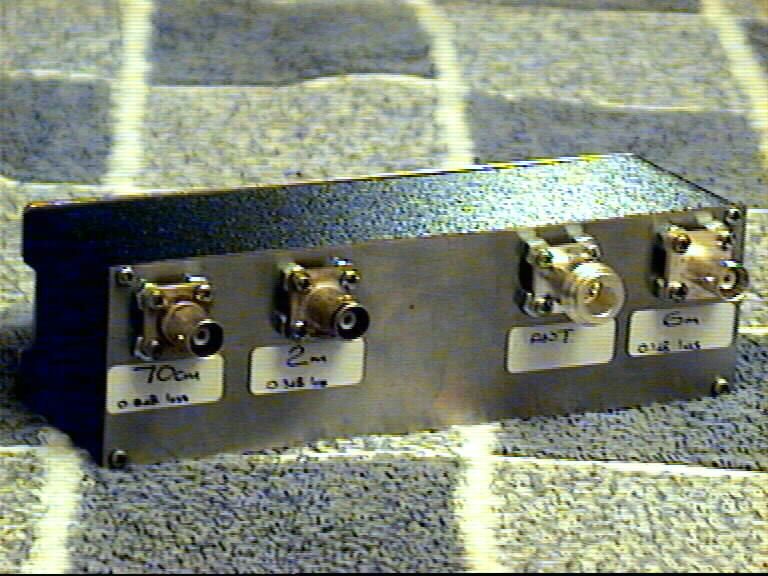 This Triplexer, built to feed three separate transceivers into one triband antenna, is built into a section of old M290 series housing extrusion. The connectors are fitted to the reverse side of a pcb implimentation as shown above.

The 28 and 40dB isolation figures may seem poor, but in each case the apparently endangered transceiver will be further protected by its own antenna low pass filter.

The coils are all wound with 1.25mm enamelled wire, closewound (Thanks to VE2KBM for pointing out this ommision!).

**The track in series with the 18p shunt capacitor in the 2m Tee is 2mm wide, and its purpose is to series resonate with the the 18p capacitor at 70cm. This provides much more isolation between the 2m and 70cm ports than would otherwise exist(Thanks to VE2JMY for querying this item). 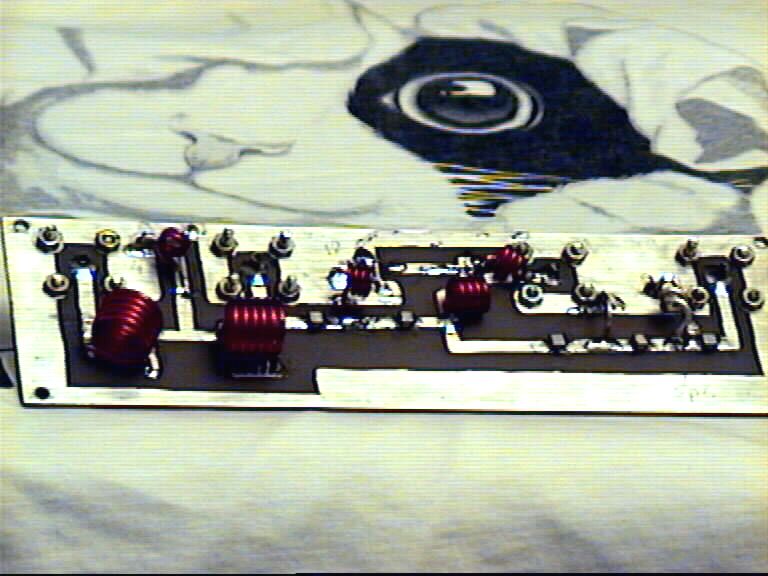