These boards were produced in order to find an easy to produce design that would add a substantial amount of selectivity to a 1420MHz receiver. In particular, the image response of a simple 1420/144MHz converter was found to be only 30dB. This was increased to 78dB with one of the filter samples. 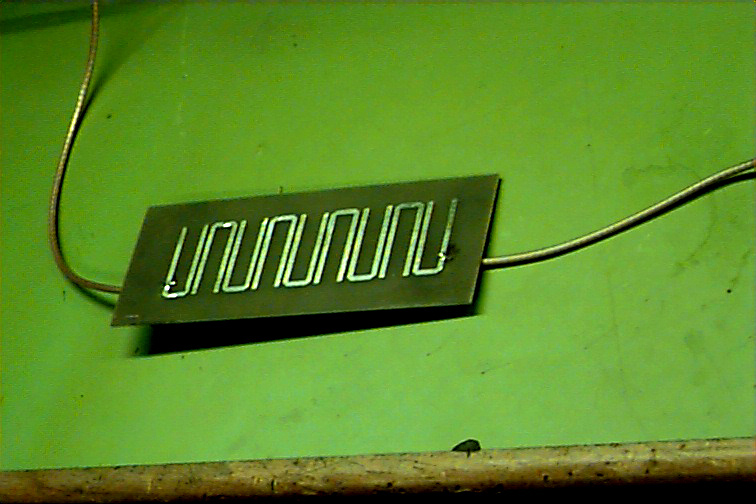 Board material is 1.6mm FR4 fibreglass

Response of filter as shown in photo: 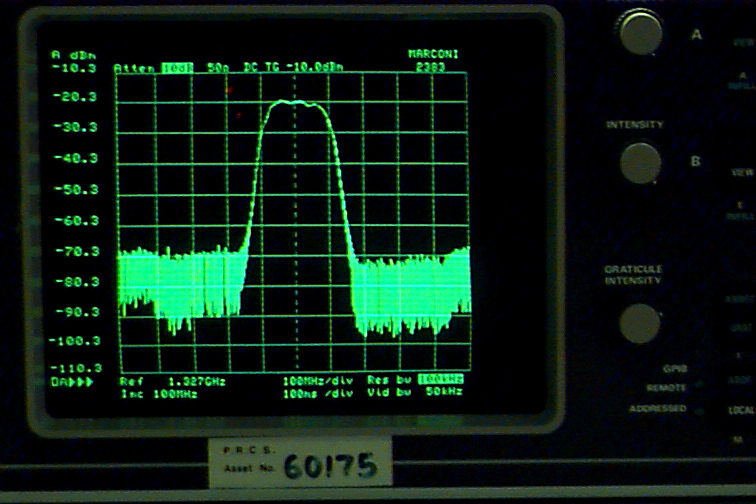 With a little agricultural work on the sections, the following 1420MHz centered response was obtained: 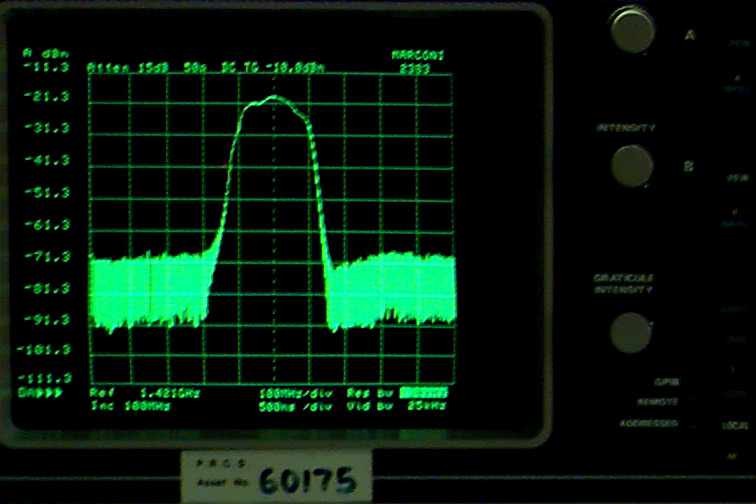 In band loss is 8dB at 1420MHz. A single MMIC amplifier easily makes up for this.

Same design, but with finger width twice the original was tried in an attempt to reduce the coupling between sections, and thereby reduce the filter width. As can be seen, the response *is* narrower, but I couldn't get the in-band loss to be less than 12dB, even when the resonator sections were trimmed, but I add the drawings for the sake of interest: 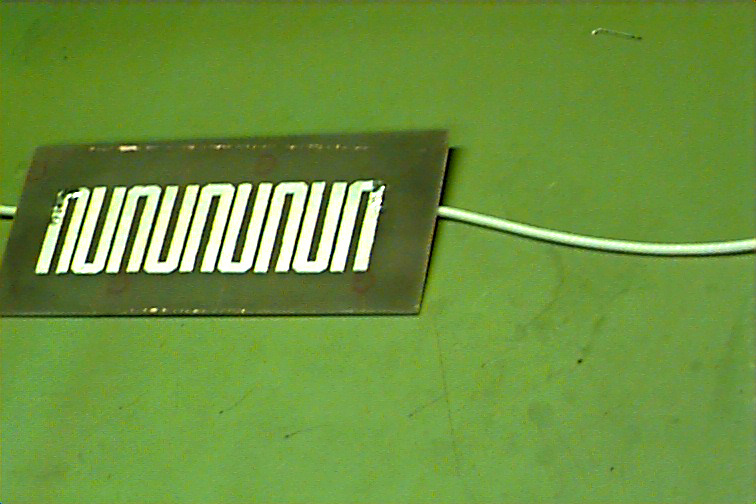 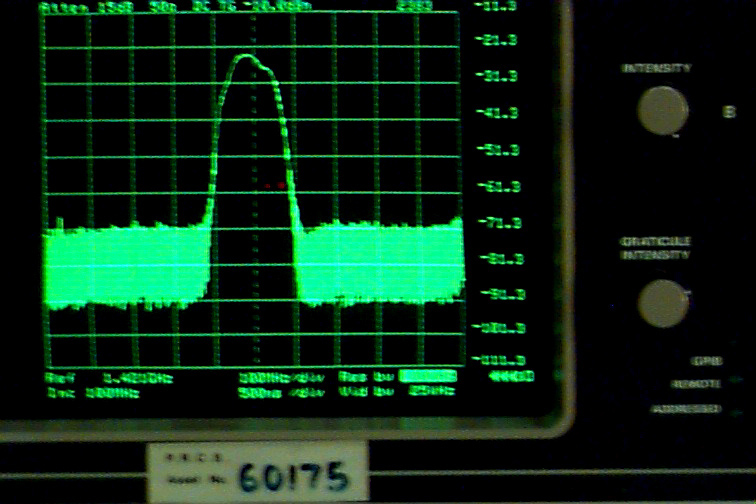