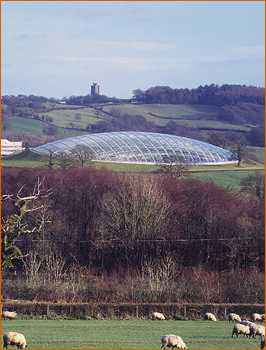 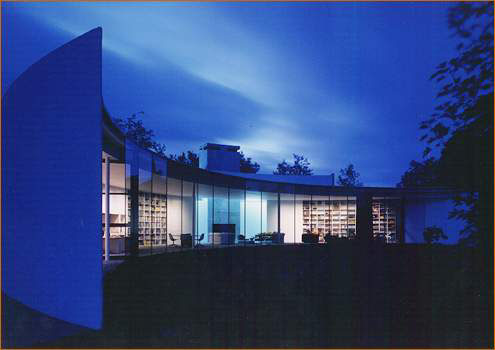 How it turned out, from foundations to finished product

ii) Then a layer of bricks

iii) Add some timber, having remembered to move the 80m loop antenna

iv) A couple of windows would be nice

v) And some OSB in-fill to balance the white

vii) And the final foundations (to take the patio door)

iix) and the roof and the patio door itself

but easily the hardest part was adding the perimeter path:

The back wall was added – this is 15mm OSB, and was treated with Sikkens Cetol HLS base coat followed by a top coat of THB.

An inner wall of 6mm OSB was added, but only after filling the gap with a 75mm thick layer of expanded polystyrene. It was hoped that a greener cellulose version made from recycled paper pulp would be used, but a suitable supply could not be found. 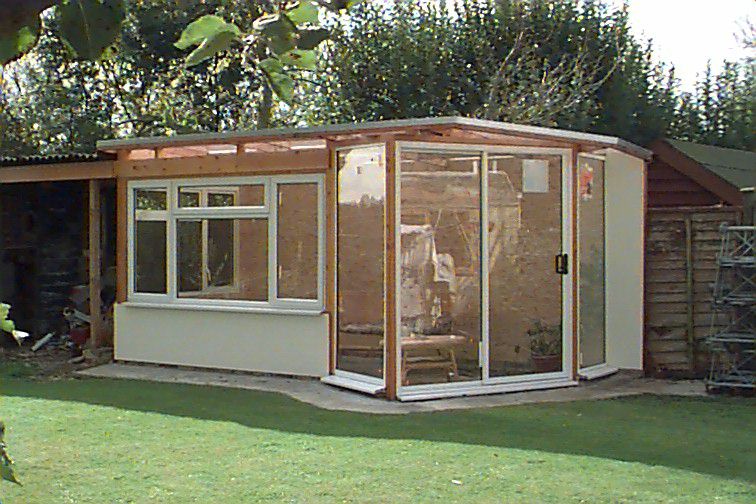 So, it is nearly finished! A floor has to be laid, but this to be thought about a little further. A chipboard arrangement sat on 25mm of expanded polystyrene sheet is the most likely choice. Since an underground heat store is being planned, whatever arrangement is adopted, it has be capable of removal. The heat store would actually be located within the properties unused (and unsmelly) former cess pit. 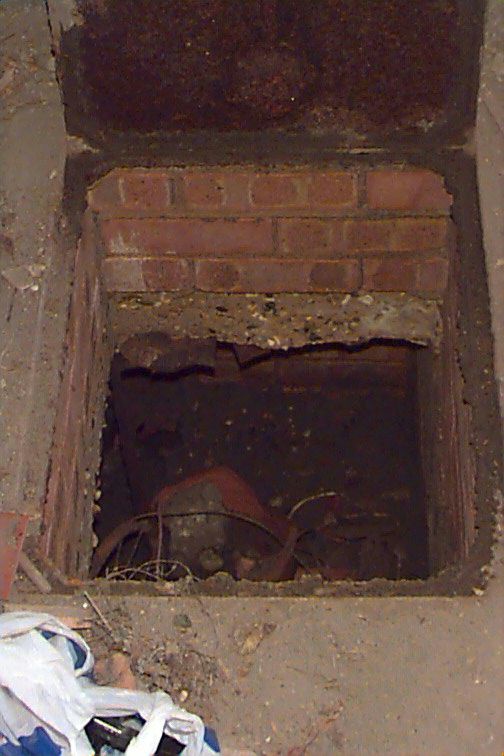 The following pic gives an idea of the large area available on adjacent buildings that would support simple water heated solar panels. These will supply the underground heatstore - eventually….

Now that winter has come and gone, progress restarts with the laying down of an insulated, heated concrete floor.

See the continuation link for details.