A x6 diode LO multiplier with an 18 element interdigital output filter for 1275MHz....

This is an amazingly simple use for an 18 element interdigital filter, requiring just a couple of 1N4148 silicon diodes and 212MHz at +30dBm. Output is about +10dBm, and is very pure, as the photo shows. This level is enough to drive a diode mixer directly, and the filtering offers the further advantage of removing LO thermal noise at the image and IF frequencies 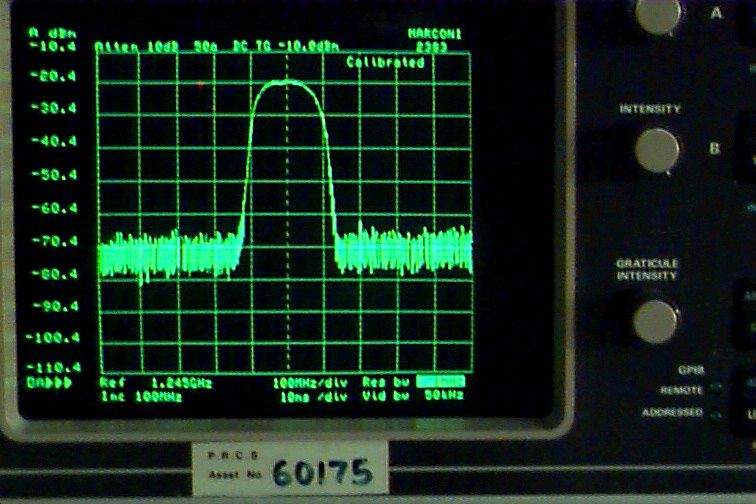 The center frequency is 1245MHz, ie slightly low, but there is enough bandwidth for this not to be a problem (I'm afraid the analyser and tracking generator were not good enough to show the ultimate out of band performance). In this case, the board was 1.6mm FR4 fibreglass, with the following track pattern:

The end sections are fed at the corner point as shown below: 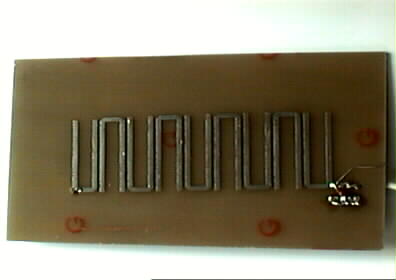 The multiplier diode connects right onto the corner point also. On this trial board, the diode could be placed along a 10mm length of track, but the point shown was best. Note the thin track nearby, which adds a dc connection to ground for the diode. 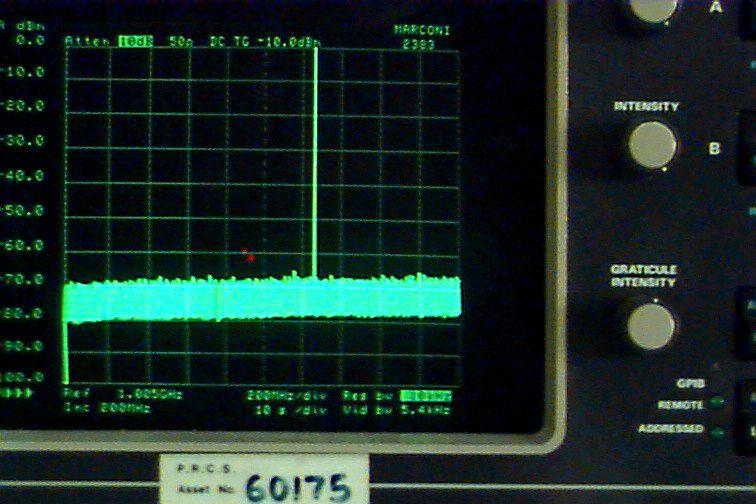 All spurious are greater than 70dB down - but take care in housing the board, since this is easily degraded to 30 - 40dB, an enormous change

Fabricating a box in which the bottom side consists of the bottom groundplane of the filter board, with the edge continuously soldered as a single endless seam is really a 'must'. The opposite face can be a clip-on lid as below (the add-on box atop the FR5000 1W 212MHz Tx driver assembly): 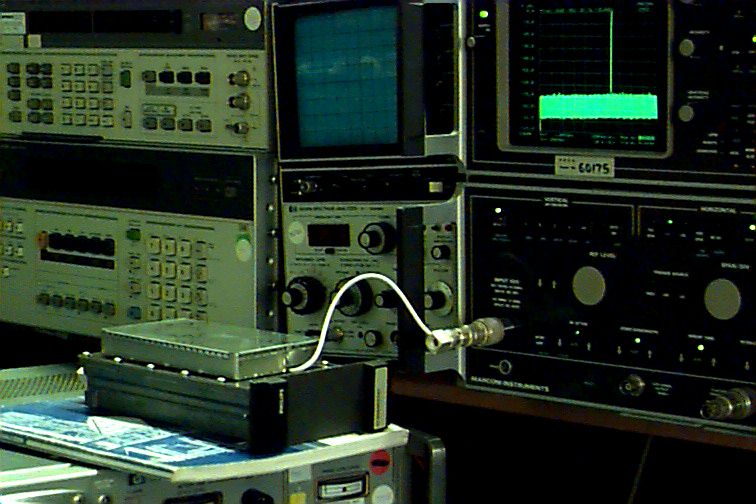